All the oils from Sierra Magina that they have at their disposal come from cooperatives and oil mills committed to quality, care of the environment, and the fixation of the rural population, for we are defenders of all this.

1. Denomination of Origin of Sierra Magina

In addition, this denomination is one of the most active in its promotion and in the participation of national and international competitions. For this reason, its oils are increasingly recognized and valued by the best chefs in the world. 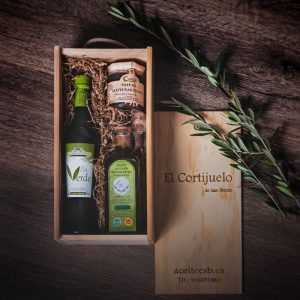 The massif of Sierra Magina rises in the middle of the sea of olive trees of the countryside of Jaén, touching the roof of the 2 167 meters with the Pico Mágina. This land is home to a wealth of landscape, ecological and culture. In addition, it stands out for its abrupt rock formations and a hard climate, with cool summers and hard and rainy winters, which are often in the form of snow. For this reason, this place gives such a special touch to its olive oils.

The vegetation of this Massif of Sierra Magina varies with the height, in the lower parts we find the large extensions of olive groves. In the higher parts of the mountains, typical Mediterranean forests with their holm oaks, gall oaks and waxes with their small surrounding plants, rosemary, thyme and lavender. In the highest parts of Sierra Magina we find junipers and pines. Due to their high altitude, the summits are barely found with some thistles.

Likewise, this Denomination with its own laboratories carries out a great effort in the quality control. For this reason, its oils are increasingly recognised and valued. Winning its olive oil many of its brands the most demanding awards. 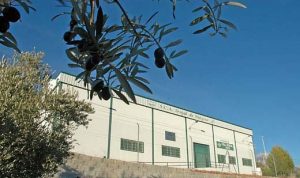 The new harvest of Sierra Magina usually arrives with Oro de Cánava oils, these are usually available at the end and beginning of December. The other brands are later, and usually arrive in late December and early January.

However, for more accurate information, please phone before buying the oil.

f) Support to the rural sector

We have selected oil mills and cooperatives that give wealth and create jobs in these rural areas.

In the first place, the Denomination of Origin of Sierra Magina recognises both conventional and organic extra virgin olive oils, all of them of the picual variety.

Likewise, the extra virgin olive oils from Sierra Magina stand out for their powerful and balanced flavour. In tasting, notes of freshly cut grass, green almond and tomato are clearly appreciated. On the palate they get to snack, especially when they are the first of the campaign. 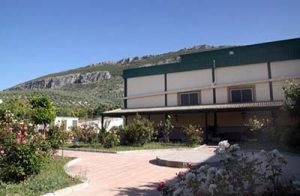 The picual extra virgin olive oils from Sierra Magina and Sierra de Cazorla stand out for their more fruity flavours than those from the rest of Jaén. This is due to the fact that the altitude of the land where the olive trees are planted gives it this genuineness.

As for ecological or conventional oil, they will differ from their form of care and control by organisms. However, organic oil has greater government control and the products that are thrown follow the guidelines of organic farming. Although conventional agriculture in the olive grove increasingly resembles organic.

Finally, we show you a video where you can see the Sierra Magina region and its olive groves.

Finally, if you are an olive oil producer in this region, you can contact us, because we are looking for more oil producers.

The extra virgin olive oils of Sierra Magina are the most outstanding among all Andalusians. In Jaén we also have other denominations of origin, which are the following ones: Sierra de Cazorla, Sierra de Segura.

Among the Andalusian oils all the oils of the province of Jaén stand out, as it is the largest producer of olive oil in the world. Since, in this province is produced on average 50% of Spain and 20% worldwide.

Also, within this region or in the vicinity of this region, are produced brands of great prestige such as:

We do not currently have all these brands, but we are gradually incorporating them. As a consequence, if you want some of them, you can apply for it too.

These are the questions you usually ask us about these oils:

The oils of Sierra Magina are strong because of the picual variety, but they do not have an excessive pungency or bitterness.

Organoleptically there is no difference. The only difference is in the way of production.

For more questions we are happy to answer.