Where is it grown?
The best cooperative
Where can I buy it?

Related articles: The 5 best Designations of Origin in Spain.

The Denomination of Origin of Priego de Córdoba is a relatively recent denomination. It was founded in 1995.

In addition, this is a denomination very connoisseur of the sector of the olive oil. It is managed by the entire production chain: producers, processors, packagers and marketers.

The Natural Park of Las Sierras Subbéticas is located in the province of Cordoba and is a protected area since 1988 by the Junta de Andalucía. A space that is also included by UNESCO since 2006 in the European and World Network of Geoparks. Therefore, a place with great charm and great environmental value.

The Parque de las Sierras Subbéticas, where the municipalities that house the Denomination of Priego de Córdoba are located. A mountainous massif that was raised from the seabed by an alpine folding some 250 million years ago.

This park is home to a rich landscape and ecological invaluable that extends over more than 30 000 hectares. The vegetation is typical Mediterranean, with an abundance of oaks and gall oaks, and plants such as lavender, thyme and rosemary. It also houses birds of great interest such as the Leonardo vulture.

In addition, the climate of this area is classified as warm temperate, with mild winters and more rainy winters and long, warm winters. Ideal conditions for achieving the best extra virgin olive oils in Spain.

b) The world’s most awarded denomination

The Designation of Origin Priego de Córdoba is the most awarded in the world for the excellence of its oils.

The new harvest of Priego de Córdoba oils usually arrives at the end of December and is sometimes delayed until the beginning of January. However, for more information we recommend calling and giving you current data.

The following quality seals can be found on these oils

e) Support to the rural sector

Oil mills and cooperatives that provide employment and create wealth in rural areas. 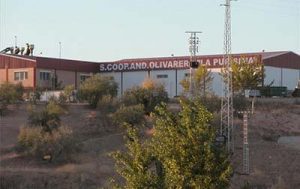 The El Empiedro brand is its flagship, with which it is winning the most prestigious national and international awards.  This oil stands out for its great fruitiness, harmony and power, with notes of fig tree, freshly cut grass and green almond. At the beginning of the season it is usually accompanied by a very mild itch.

This cooperative bottles its oil with the Designation of Origin with the Empiedro brand. Its logo is as follows; 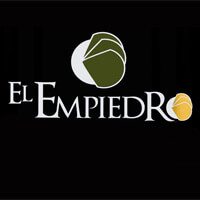 Logo of the brand El Empiedro.

The Knolive oil mill is another of the oil mills found in the Priego de Córdoba region. They produce their oil under the Knolive brand. They also win the most prestigious national and international awards. In addition, their oils are being used by the best cooks.

Finally, one of the things that most caught my attention in this oil mill, in addition to its great cleanliness and organization, was its colonial decoration. An oil mill that if you pass by, is worth visiting.

c) Other mills and cooperatives

These mills and cooperatives also produce large extra virgin olive oils. However, we do not currently work with them, as they produce very similar oils. Although we will probably include them in the future.

3. Where to buy olive oil from Priego de Córdoba?

Olive oil from Priego de Cordoba oil is one of the most recognized both nationally and globally. For this reason, it is not very difficult to find it in some supermarkets and gourmet shops. In shops specializing in olive oil, it is almost an obligation to have these spectacular oils.

Finally, if you are a oil from Priego de Cordoba producer, you can contact us if you want to sell your oil here.

The prizes given in 2020 to the best oil from Priego de Córdoba are the following:

Olive Oil China Competiton has just given the oil of the Empire the silver medal.

Among the frequent questions that you usually ask us, these are the most prominent:

In December we have fresh oil from the olive oil mill La Purisima in Priego de Cordoba in our store.

Finally, if you would like more information, please contact us without any problem. We are happy to help you.