You are here: Home / RAW AND PURE HONEY / Lavender Honey

Lavender honey is a natural product that is made in the stomach of bees from the nectar of lavender flowers. One of the most aromatic and exquisite honeys, you will love it!

The best selection of lavender honeys from Spanish beekeepers compromised with quality.

Summary: Lavender honey is one of the most delicious, aromatic and most demanded honeys with great health benefits. Furthermore, all these honeys that you have at your disposal come from beekeepers committed to quality. Furthermore, it is also available in our shop in Las Rozas de Madrid. Finally, our beekeepers place their hives in the famous lavender fields of Brihuega.

Firstly, we show you the most important characteristics of lavender honey:

Lavender honey has an amber or light amber color and is lighter the more lavandin or savory (Satureja montana) you have, and darker the more honeyates you have.

This honey is unique for its high content in sucrose and maltose, the latter is a disaccharide found only in Lavender that gives this aroma so striking and delicious. Furthermore, en the mouth this honey provokes some sensations in the mouth of sweet and fruity taste with acid notes, and when it has presence of mielatos, light salty notes can appear. Moreover, aall these sensations are long and powerful.

Finally, we show you the lavender fields of Brihuega where our lavender honeys come from:

All our honeys come from a single source. Likewise, our beekeepers do not mix honeys from different origins.

Lavender is a plant belonging to the Lamiaceae family. Moreover, it can grow freely, without man’s hand or it can be cultivated. However, when it is cultivated it is called lavender.

Lavender is also, grown mainly on the slopes and rocky or rocky hills of the two Castillas. However, they mainly grow in the sunniest areas and with good drainage. In addition, it flowers in summer from the month of June in a very homogeneous and progressive over time. 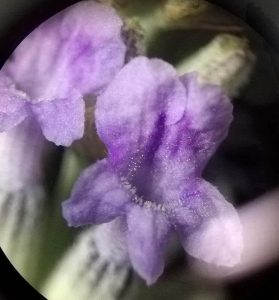 Moreover, lavender flowers at the end of June and during the whole month of July. Therefore, this honey is harvested in the middle of summer.

Furthermore, we have at your disposal organic and conventional lavender honey. In the case of the organic one, it is made of lavender or lavender, both varieties of the lavender plant.

Honey, a product obtained also without any animal suffering, is a gift given to us by nature.

h) Committed to the environment and rural development

In addition, these honeys are obtained by beekeepers committed to the environment and rural development. Therefore, with the purchase of these honeys we help the rural environment.

Lavender honey is a natural product very beneficial for health. Its properties are due to two reasons. Consequentgly, the first reason is due to its low concentration in water, its high sugar content, and its enzymes. The second reason is due to the components provided by the nectar of lavender flowers.

For this reason, this honey has been used for many generations to treat sore throats and other discomforts. Furthermore, we can also mention its powerful aroma. Aroma widely also used in aromatizers and in places that seek relaxation.

In short, according to a study by MG Miguel, MD Antunes and ML Faleiro, lavender honey has the following properties:

Finally, in this section we collect the knowledge of older people who have tried to use products as natural as possible. Because not only pharmaceutical companies have the right to certify the properties of a product. 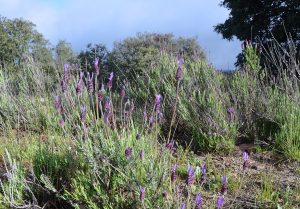 This very aromatic and delicious honey is recommended for use as follows:

Therefore, ideal for our morning toast, infusions and muffins.

a) Recommendations of the great chefs

Lavender honey is recommended for fried foods, both savoury and sweet, and poultry sauces.

Other chefs recommend it for ice cream, feta cheese and Camembert cheese.

b) Other suggestions with lavender honey

On the internet we have found other interesting suggestions with lavender honey:

Take a lavender honey or any other type of honey, but preferably lavender honey, which is also liquid. Add dried lavender flowers to this honey. Leave it to macerate for at least one day. You will see how delicious and what a powerful aroma of lavender. 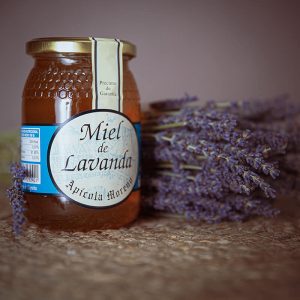 “It gives an exquisite touch to an infinite number of dishes”. 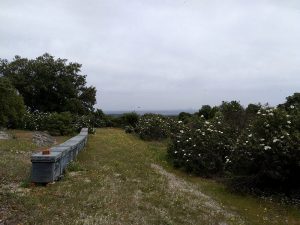 In the first place, lavender honey crystallizes after a few months in a fine or thick form depending on the types of nectar that the bees have pecorated, that is to say, we will probably buy it crystallized or in advanced process of crystallization.

In addition, Lavender honey is harvested in summer although it is negatively affected by periods of drought and wind. As a consequence, there may be years when it is produced by honey of this variety.

Lavender honey is obtained from the following beekeepers:

6. Where to buy lavender honey?

In Europe and the UK you can find lavender honey in many supermarkets. Supermarkets such as Tesco, Lidl, Waitrose and Holland and Barret. These supermarkets bring it mainly from beekeepers in the Mediterranean basin, where the honey is produced.

However, from El Cortijuelo we can send it directly from our beekeepers in Spain. We also assure you that it is raw lavender honey.

In addition, these are frequently asked questions: 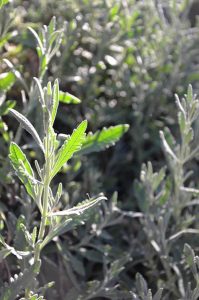 Picture 4: Lavender plant in May

People like lavender honey very much. However, sometimes they associate it with perfumes, and it gives them a bit of a break. However, once they try it, they tend to repeat it very often.

Yes, this honey is quite aromatic. It’s next to thyme and eucalyptus, which are the most aromatic of all.

Lavender is a type of lavender, so we could say that lavender and lavender honey are the same.

We sell only quality raw lavender honey, which comes as it leaves the hive.

The honey we sell comes also from a beekeeper in the municipality of La Alcarria, but we cannot indicate that it is from La Alcarria because it does not have a Denomination of Origin. Our beekeeper used to work with the Designation of Origin but a few years ago he left.

According to my research, we can also find lavender honey in the Autonomous Community of Aragon, in France, in Provence, in Mexico and in Chile.

Finally, we show you the quality tests carried out by the Apineveda SL laboratory on batch 1403 of Apícola Moreno’s lavender honey. These tests have followed the regulations for the quality of honey: 1049/03. Directive 2001/110/CE.

In short, a Spanish honey that is very aromatic and widely used for its properties. Therefore, this honey should not be missing in your kitchen.

“Finally, if you have any questions, you can contact us. Consequently, we are pleased to hear from you”.